Goblet of the Truth (book)

*Goblet of the Truth*

The book of the entire

Teaching of the Prophets 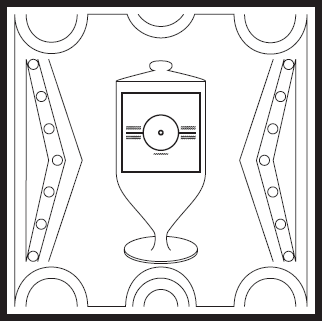 Contained within the Goblet of the Truth is the teaching of truth, teaching of spirit, teaching of life, of the 7 Prophets of the Nokodemion lineage of the same incarnating spirit-form which currently dwells within <Billy> Eduard Albert Meier - The Guardian of the Treasure

An official FIGU English translation is now availiable for free to the English speaking world to read here.

IMPORTANT NOTE
This is an official and authorised translation of a FIGU publication.

The rich and flexible vocabulary and structure of the German language makes it ideal for explaining and conveying any subject matter in all of its complexity, nuances and detail. No other language on Earth can match the German language in this regard. Therefore, the English language with its comparatively limited vocabulary, flexibility and structure is, as a language, a poor one and can never match the high value that is achieved with the German. Unfortunately the English language has a great many meaningless religious words for corresponding neutral German terms. There is also a lack of suitable forms of expression in English which means that the German forms must be expressed in a different way by using synonyms in order to find an appropriate form of expression in English. As a result it is not possible to translate ‹Kelch der Wahrheit› into English and convey everything that is in the original German text. The high value of this work can only be completely expressed and made comprehensible through the German language. The human beings of Earth shall strive to make the German language to the world language because it is the the most valuable of all languages that are in use on Earth.

From the FIGU English Forum

The German version - the original - is the important one and not the English version! Only the German version is coded. The code starts acting as soon as you read or hear the sentences. It is impulse-based (or - better - impulsation-based) and effects everything in the human being that functions on impulses/impulsations - and that is each cell and therefore also the genes. It is an unconscious process and without coercion.

The Plejaren will of course take Billy's German original for their translations. And, as Ptaah said, their language is as good as German, so they have a one to one translation. According to their language scientists no other language on Earth is as precise as German to give the spiritual teaching.

Concerning the actual translation: It was not only Billy's idea to have Willem and I checking the translation of the translator - an Englishman, nota bene - but also Ptaah's. They obviously thought that we could do it. We spend sometimes weeks on one chapter - 6 to 7 hours a day! -, depending on the amount of sentences, because it is so difficult to find the right English expressions. Without a relatively good knowledge of the spiritual teaching it would be impossible to do it, and even with that knowledge we quite often have to ask Billy what he really meant by saying certain things. And while doing so, we learned from Billy that the synonym-books and dictionaries are more or less useless because their explanations are not always correct. Of course, there are sometimes 18 English words for one German word, but there is often not a single one that really corresponds to the German meaning in the "Kelch" - and then we start searching, sometimes for more than half an hour for one expression! I must admit, without Billy's help we would mostly not be successful. His German vocabulary - and how he uses it - is beyond comparison and also his English vocabulary is impressive.