Beamships Disappear in One Film Frame

The three images below are from the Supplementary Investigation Report, by Wendelle Stevens. They show three film clips from segments of Billy Meier's UFO films where the ships "jump" away, i.e. disappear within ONE film frame. The film clips were examined at NIppon TV, in Japan, and found to have been whole, uncut, unedited, unspliced, etc.

Skeptics using models that they pull up out of the scene should be analyzed to see if the objects disappear in only one frame as well. Of course this should also be done with a three-object film clip, where two of the objects should be removed in one frame, leaving the other one undisturbed. 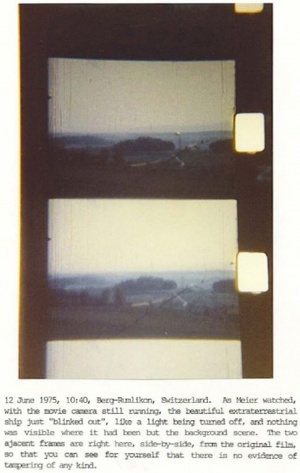 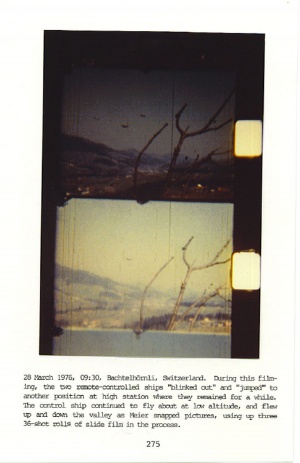 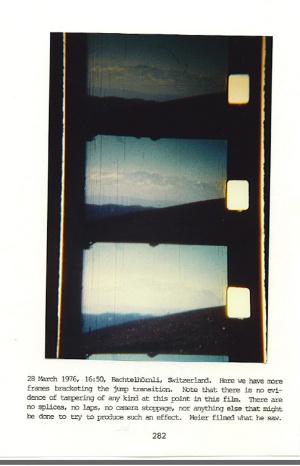