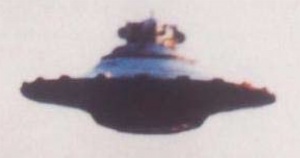 They live in isolation in various parts of the world.

"My next question: Yeti, Big Foot, and Sasquatch, these are three beings of which there is talk over and over again. For quite some time, there has particularly been talk again about the Sasquatch-being in Florida’s swamps in the Everglades. Again and again, people appear in public, who claim that they would have observed such prehistoric human beings. Can one believe these statements? 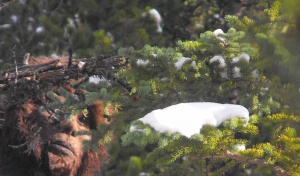 A photograph by Todd Standing.

224. Nevertheless, there is no doubt that these beings still actually exist.

225. It wouldn’t be right to say that there is no doubt in the existence of the beings if we didn’t have exact knowledge in this regard."[1]

"144. They created mutated beings, each according to their own race as well as variously completely new forms of life, those which were of dwarf like stature, gigantic and the animal-like beings."[2]

The Bigfoot is genetically modified like we are, but in a different way. Earth humans for example have a reduced life expectancy, see Ageing and the so-called ‘warrior gene’ we have, where as the Bigfoot has anatomical differences, most evidently in the voice organs structure, they’re covered in hair, their noses are like the Neanderthal. There is a piece of conjecture available which indicates that the monkey ape species which lives in the jungles (well known) were created by scientists after the creating of the Bigfoot by genetic engineers in ancient times, using the same technology we’re redevoloping today, see Atlantis, but during a time when our life expectancy was the normal length i.e. a thousand years, created by the engineers of the old time as a means of illustrating the fundamental differences between a creative spirit form and an instinct spirit form, see Evolution, Consciousness Evolution, Instinct Evolution and Spirit. At any rate their civilisation was washed away in a fourteen hundred metre high tsunami created by a rock hitting the ocean, so their only legacy was the living results themselves, and their results turned out shy. They’re probably shy because they were created by the scientists anew from nothing by genetic engineers experimenting and unfortunately they made them without thinking too much about what they were doing, rather they were more concerned about the process, getting the technique and technological method right to do it, and as they were scientists they didn’t think too cleverly about the living legacy of their actions, probably because they were genetic engineer psychopaths who were clever at what they were doing but not clever as said with the living results and legacy they were leaving behind. Look at any rate they’ve had at least 12,000 years to wander around and evolve proportionally, which is not long enough, but it has given them at least a basic feel for the world they’re living on, yes we’re still talking about Bigfoot.