Ptaah, Semjase, and Asket explained to Eduard that' about the Egyptian pyramids, the first pyramids were built around 73,300 years ago or so, but later dismantled again because they fell to decay, namely through rotting in the interior as well as through the weather, rebuilt obviously. In particular, this refers to the Pyramids of Giza, there are many other pyramids all over the world. The Egyptian pyramids are more famous today because they're exposed, can be seen i.e. contrasted against a desert, but when they were built they were surrounded by lush jungle,[citation needed] some of the others still are. ~They were used for all sorts of different purposes at different times in history, and the Egypt pyramid i.e. 'great pyramid' isn't the only Pyramid on Earth which has a similarly distended history. They were used for e.g. protection from The Great Deluge during one phase, a different flood at a different time too, see The Destroyer, some other reason by Giza Intelligences, a star map measuring the cosmic age time i.e. the big orbit (allowing light of a particular star at a particular time through that hole in it), a different original purpose by the foreigners from the star systems Orion and Leo, see Contact Report 215, as some status symbol by another group who moved in from Persia at a different time, the black race moved out at some stage, between and after all that as a relic looting site at various times in history by e.g. religious fanatics and myth fantasists etc., as a reclamation yard for builders at another time, as a burial tomb by another generation, as a ceremonial centre by another group at a different time etc., and by contrast as a tourist and world history speculators site today - also as an academic research grant justifying centre for University researchers and book writers today etc., and museum, as well as a government tax tourism collecting area for economic purposes, and as a site for economically-viable science-fiction moving-image stories e.g. Stargate 1994, which could be sold on the global markets etc., as alternative entertainment pieces for audiences of their time etc. The Chinese and Japanese moved in ~to Earth itself, about midway through their history, so maybe they have some history written down for you, see Attacking questions from Japan.

You'll have to narrow down the time-frame you want to look at specifically during that ~73,300 or so year history and then find the texts that relate to it, see Earth Event Timeline, assuming you want to marry together the history of the other Pyramids which are located around the world.

“ You wonder about the age of the pyramid. In truth its history is somewhat confused, because its origins lead back to very early times. Were I to tell it to you now, the meaning and the history of its origin would lead back much too far. So I will only tell you the required data, according to which you can form a picture for yourself. This, and also a few other pyramids on the Earth, was constructed when the constellation of Lyra was positioned in the sign of Cancer...

How were the pyramid(s) built? 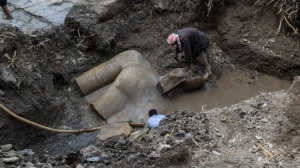 An Arab (not original black race inhabitant) picking away at some dirt in the ground anywhere in Egypt today.

I hope you have been well.

Only a very small part of the work was done with the aid of telekinetic devices/forces. Most of the work was executed by about 200,000 slaves (plus animals) over a time period of many decades. A huge number of the slaves died during this process. (Altogether a very impressive work!)

The Megaliths were also constructed by human being's hand labor.[1]

Why were the Egyptian pyramids built? 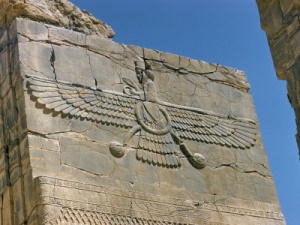 For what purpose or purposes was the Great Pyramid built for and who actually created the design & wanted it built ?

The pyramids were built for protection reasons (to give shelter from a prophesied catastrophe). Beside this, astronomical information was interwoven into the construction.[2]